Sciences Po : the Evolution of an International Institution 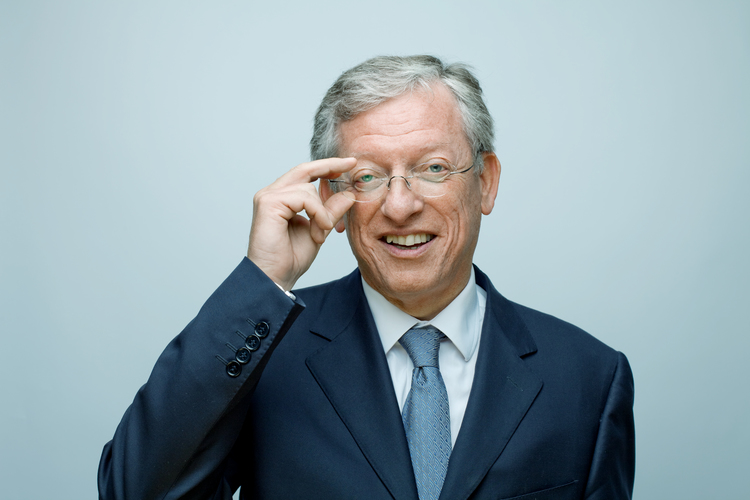 Francis Vérillaud’s (1975) name will for evermore be associated with the international revolution that Sciences Po has undergone over the past 20 years. Without him, this first English edition of Émile magazine would not have been possible.

What were the very first steps of opening Sciences Po to international students?

Everything started in 1991. I was coming back from Chile, where I was working on a higher education collaboration between Chile and France. My predecessor (M. Sauvage) came to Chile to craft a partnership between Sciences Po and the Catholic University of Santiago. She offered me a job in the external relations department. For me, it was like going old school. I thought I would stay maybe four or five years at Sciences Po, but 20 years later, here I am.

For five years, I worked with my predecessor, the director of external relations. During those years, I gained an understanding of the place and what was going on in the school. I saw what kind of education was being delivered to students. A change of directorship came in 1996 with the appointment of Richard Descoings. As for me, I had become the Director of the International Affairs in 1995, which replaced the external relations. I studied Sciences Po’s strengths and weaknesses, and I found a very French, very conservative institution.

Why did you think an evolution had to occur? What was the strategy?

Coming from abroad with a different perspective, we came to the conclusion that Sciences Po had fantastic potential to become a very good international institution. However, to make that possible, some changes had to be made. It was clear that if Sciences Po wanted to stay in the race and to continue being a renowned institution, it had to go further. It was a necessity.

The first major step was to ensure that the Sciences Po degree would be recognised as a master’s degree everywhere in the world. In 1996, this wasn’t the case. At the time, there were many ways to enter Sciences Po. You could enter after one year of année preparatoire following baccalauréat, plus two years at Sciences Po. In total, you would get your degree in three years. Another option was to enter already holding a bachelor’s degree. Ultimately, the time spent at Sciences Po to receive the same degree could vary. Sixty percent of students received their diploma at Bac + 5 and the rest at Bac + 3. Also, the students would apply to Sciences Po as a complement to something else, like law or ENA. The decision was taken in 1996 so that by 2000 all students would obtain their degree at Bac + 5, operating with the 3+2 format. This was a huge change. We had to completely redesign our pedagogical model. Fundamentally, this is what made Sciences Po international.

Since then, Sciences Po has become a graduate education institution. Sciences Po adapted and became accessible in the eyes of foreigners. Today, you can attend Sciences Po, making that choice without any prior or post education. This is called international positioning, which puts Sciences Po on the same level as the international competition.

In 1999 the year abroad became mandatory. What was behind this decision?

We realised that most of the students who did the année préparatoire had actually done something else before, like a bachelor’s degree in some other discipline. Sciences Po proposed the option to go abroad for one year, sending them to our first international partners. This is how we instated the third year abroad. In 1998, we observed that 70 percent of students that did the année préparatoire went abroad to our partner universities. It was proof that this year abroad was attractive to students, and that we should offer it to all students. Between 1996 and 1999 we worked on arranging things so that any student could go abroad for a year. One very important point about this opportunity is that we subsidise the year abroad. The student doesn’t pay the fees of their foreign host university.

This was an exchange programme. For each student sent abroad, you would receive one from the same university.

Absolutely. For each student sent abroad, we receive one here. This was a fantastic opportunity to spread the Sciences Po brand. We currently have 470 university partners. The reality is that within the top 100 universities in the world, 80 are partners of Sciences Po. The 20 others are not are focused on the sciences and we are not scientific. In the space of 20 years, Sciences Po, which was scarcely known abroad, became a recognisable institution. The movement of students between universities made that possible. Our students are the best ambassadors of our institution. They meet people, the decision-makers at large. They are good students, clever and intelligent, and able to speak several languages. They give a great impression of the place. It would be known if international students who come to Sciences Po didn’t enjoy their time here. They would return to their university really angry and everyone would know about it. But what do we see? The exact opposite. More and more international students are coming to Sciences Po through exchange programmes.

What is Sciences Po’s reputation in the world today?

Ah, the question of whether Sciences Po is known or not known. Sciences Po has strategic partnerships. Tell me, where do you train and form a country’s elite? Probably in the capital cities. We have partnerships in the capitals of most countries. So Sciences Po became known in capital city universities, which are usually the best universities. We are present where the country’s elite is being educated. Sciences Po is not well known around the world. We can’t pretend that we are well known. People know Harvard, Yale and the Sorbonne, but they know it intellectually.

I would like to insist on the fact that it is not realistic to become an institution as widely known as Harvard. What is Sciences Po? It’s an institution that educates, trains and conducts research. We need to be known by people who go to university. And today we are known by those people. It’s true that we can do much better. The brand should be better known and better promoted. However, some humility is necessary.

Speaking more generally, and not only about exchange students, the total number of international students is consistently increasing.

Yes, we now have around 47 percent of students with a non-French passport. Of 13,000 students, this makes about 6,500 foreigners. Bi-nationals represent about 16 percent of this.

One-third of the international students come through an exchange programme. The other two-thirds are degree-seeking students, meaning they applied to Sciences Po, got accepted and will complete their degree here.

Today, the numbers of applicants for the international procedure is also very high. At the college level, we had 2,600 applicants, and 3,500 at the master’s level. Forty percent apply from Anglo-American countries. About half apply from a Sciences Po partner university. The mandatory third year abroad is definitely paying off. It is a virtuous circle. International students go back to their country and they tell people great things about Sciences Po. For example, we now have a network of several thousand alumni in the United States. In China, we have hundreds of alumni. This is fantastic capital for Sciences Po.

Our network is strong. It’s not based on any agreement, it’s an ensemble of relationships. We have an office of strategy and development dedicated entirely to these initiatives.

On a pedagogical level, what changes had to be made to adapt this “very French institution,” as you said, to the arrival of foreign students?

This point is essential. The answer was different at the college level and at the master’s level.

At the master’s level, we had to build a solution to integrate international students. The English language was fundamental. There are two working languages in Sciences Po, French and English. If we have the ambition to recruit in elite places around the world, the teaching language has to be English. If we impose French as a requirement, we could do that only in limited programmes. But at this level, and bearing in mind the diversity of options, English is a prerequisite for attracting more of the brightest applicants. Students coming from the USA, China, Chile and South Africa had to be sure that if they were admitted to Sciences Po, they wouldn’t need to speak French. We do encourage French learning, but it’s not a condition for admission. We needed to offer full English tracks. It was a whole organisational change.

At the undergraduate level, the issue is different. We make strong efforts to bring students to the French language. During the three years, you learn the fundamentals. What you are studying is critical thinking and general knowledge about the social sciences. Language is your tool, subtlety is your tool.

For this to happen, we had to adapt the teaching. This 3+2 transition changed the methods drastically. You don’t teach the same way at college level as at master level. You also don’t teach the same way in French as in English. Sciences Po brings students a wider range of possibilities in terms of pedagogical approach. Writing an essay is different from writing a dissertation. But at the same time, with all these transformations, Sciences Po has retained its DNA, that is: qualities of the mind, critical thinking, and excellent written and oral expression. Those qualities undeniably remained. And years after, students keep repeating that here at Sciences Po they learned how to synthesise and how to build an argument, and that those are valued key tools wherever they go.

The campuses outside of Paris were also a way to integrate students coming from different parts of the world.

Indeed, opening other campuses was also a basis for international development. Sciences Po has seven campuses. The relation to languages got deeper with this. You can be taught and evolve in several languages. Here, you can hear everyone speaking in another language. I don’t know many places in the world like this one. Sciences Po should definitely keep this aspect of diversity and encourage it.

What challenges does Sciences Po face in the coming years?

Sciences Po has been quite innovative in the French landscape. However, the world is changing rapidly. We have to adapt to those changes.

A point we really need to stress is our very small permanent faculty in terms of numbers. If you compare, other institutions have a lot more staff. At Sciences Po, we have many practitioners who come from all over the world to teach, which is also a huge advantage. The current pressure to “internationalise” and to compete with other universities is to have more research. This is essential. Sciences Po needs larger permanent teaching faculties, while at the same time maintaining its culture of inviting foreign practitioners to come teach.

We also have a role to play in the public debate. We are providing the possibilities for an exchange of ideas and proposals that deal with the society. Sciences Po students participated actively in COP 21. They are part of the public face. Our institution must not forget that. We have to bring our expertise and share it, for the betterment of society.

Launch of the European Chair on Sustainable Development and Climate Transition : Europe’s Role in the World to Advance Climate Neutrality